Bitcoin Wallets: what are they?

A Bitcoin Wallet can be used for sending and receiving coins, speculating on bitcoin’s value, or just storing bitcoins.

The risk of losing all your capital with cryptocurrencies is high, so be aware that they are speculative investments.

You cannot claim compensation if you lose money on cryptocurrencies because they are unregulated in the UK.

There is one important thing to keep in mind: cryptocurrency wallets do not actually hold cryptocurrencies such as bitcoin. It is the blockchain that stores the coins themselves.

Bitcoins exist only as numbers on a screen – there is no physical representation of them. The public and private keys of your bitcoin holdings are stored in a Bitcoin Wallet, and these keys are required to complete transactions with bitcoins.

Similar to a bank account number, a public key represents a user’s digital identity. You cannot access your wallet assets with it on its own.

You keep a secret private key which is essentially a long string of letters and numbers. You could lose control of your bitcoins if someone were able to access both your private and public keys.

The string is also alphanumeric, which makes it unique. A ‘hashed’ version of your public key is what you see on the web. When data of any size is hashed, a nearly unique alphanumeric string is produced.

Creating your bitcoin address requires hashing your public key since it is a long string of text.

The wallet might be a cold or a hot one, and either a ‘hosted’ or a ‘non-custodial’ wallet. Taking a closer look at the different types, here’s what they are.

Hot wallets store public and private keys online, whether they are on Coinbase or an exchange. It is known that these are ‘hot’ since they can be hacked over the internet, and in the past they have been.

Hosted hot wallets and non-custodial hot wallets are both available. In the first case, you receive a free wallet provided by an exchange (where you buy your crypto). The provider of your hosted wallet should be able to help you if you lose your private keys, which can save you a lot of headaches.

You manage your non-custodial hot wallet entirely on your own, not through any exchange. As a result, you are the only one who has access to your private key. It would prevent you from accessing your holdings if you lost it.

A cold wallet, sometimes called a hardware wallet, is a device that stores cryptocurrency offline. It connects via USB to a computer rather than to the internet.

In a cold wallet, you store your private and public keys, which are safe from hackers since there are no direct connections between their computers and your storage device. The problem arises when cold wallets are connected to computers and malware is used to access them.

When you lose your recovery phrase, you wouldn’t be able to access your cold wallet, preventing you from accessing your public and private keys.

It is also possible to download wallets to your smartphone or desktop computer, but the security of these wallets will depend on the antivirus software you use.

It’s worth looking at customer ratings and reviews, particularly what people say about the service provided by a provider, regardless of whether you’re considering a cold wallet, a non-custodial hot wallet, or a hosted hot wallet.

Gold Bullion in Coin Form is a Better Investment 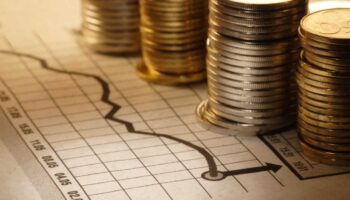 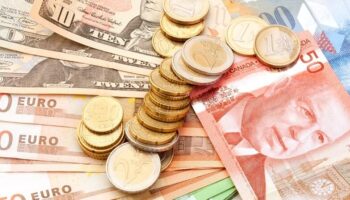